Bizen city area is home to a beautiful and unique shrine called Takuraushi. Practically unknown to most tourists, the shrine is a hidden gem with a fascinating character, making it well worth a visit during your time at Hattoji Villa.

The shrine plays host to thousands of clay sculptures of cows, hand crafted by artisans, and fired using traditional Japanese methods, in a pottery workshop right next to the shrine. This Bizen pottery is made from clay dug from near by fields and is not dyed, meaning the clay retains an incredible rich color, with every piece of pottery appearing with unique patterns depending on it's position in the kiln.

The clay is placed in hand chiseled molds, much larger than the eventual sculpture, owing to the significant shrinkage which occurs during firing. After it is taken out the clay takes seven complete days to cool before being ready.

Worshippers purchase the clay cows from the workshop, take them up to the shrine and place it alongside the rest of the pottery. After making their prayer or wish, they take one cow back with them (either their own or another) and keep it until their prayer comes true. Often these are for good health, and good fortune for themselves and family. Once these prayers have been fulfilled, the cow sculpture is returned to the shrine, where another cow is purchased and both are placed back in the shrine as a way to give thanks for the fulfillment of their prayer.

This is a rare sight and an absolute must see during your time at Hattoji. The shrine can be reached by car, or on foot from Yoshinaga Station. If you are walking from the station it takes approximately thirty minutes to get there. 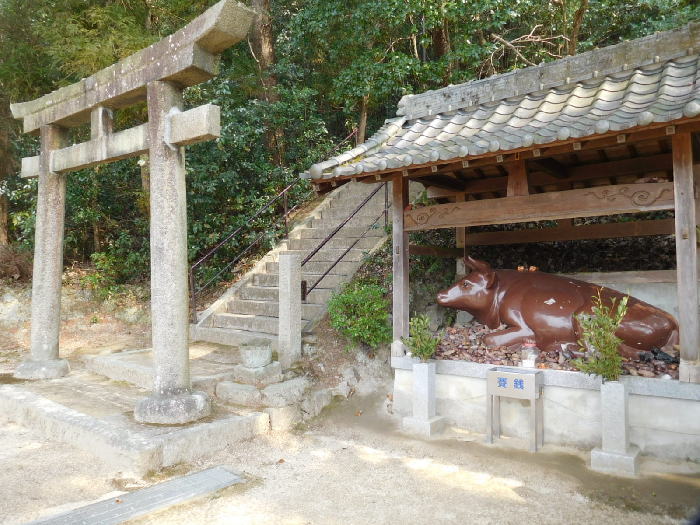 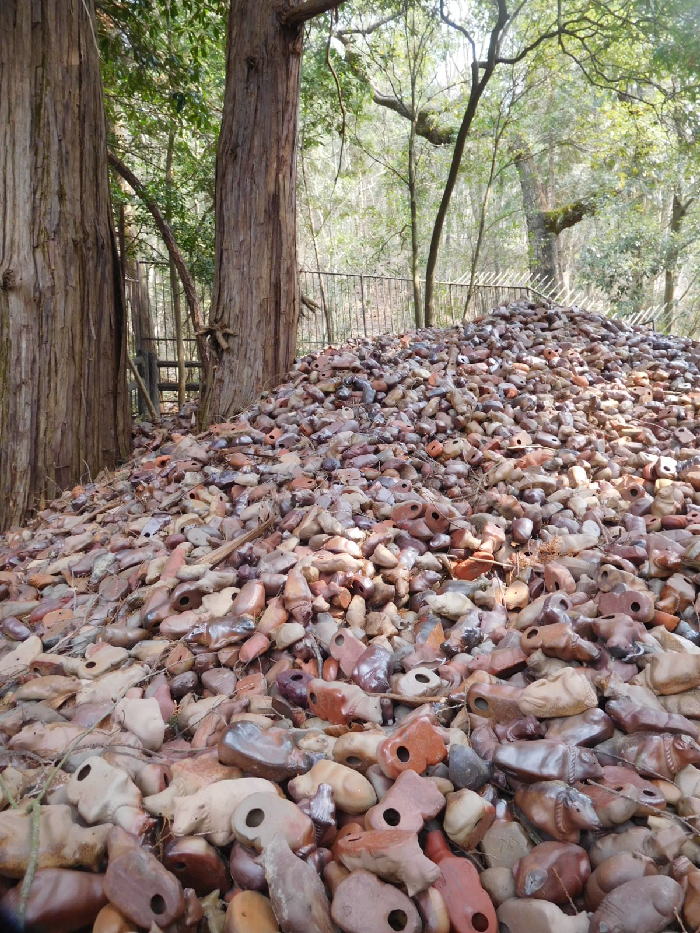 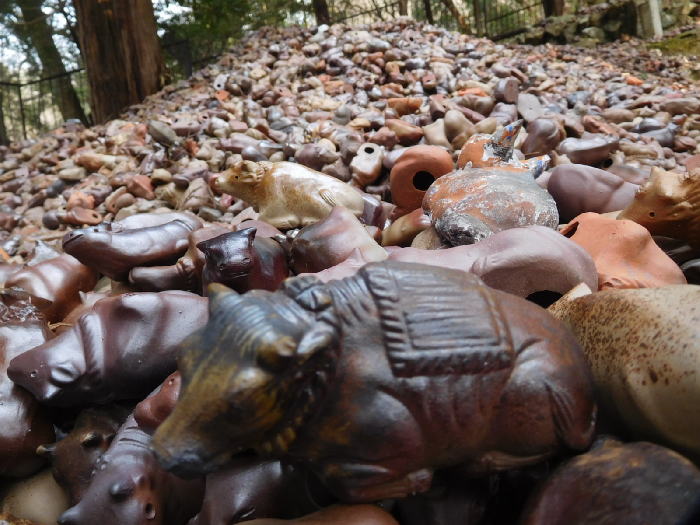 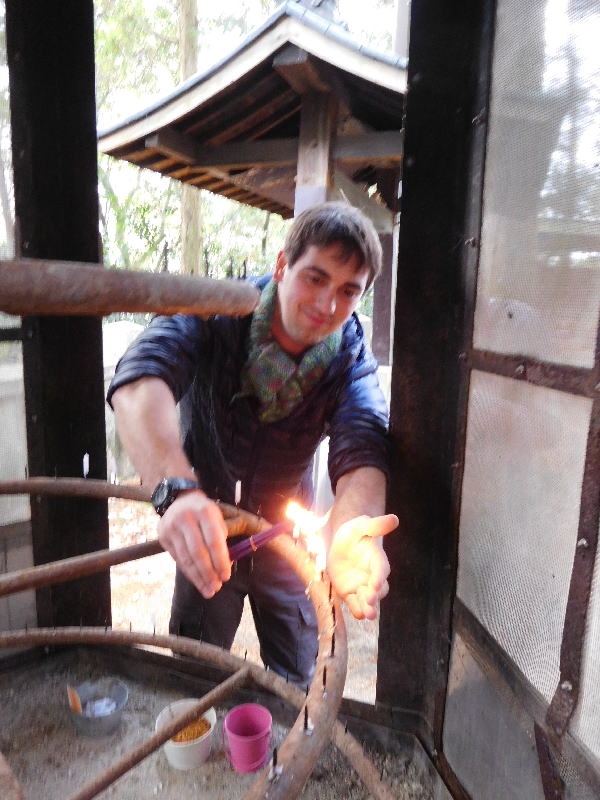 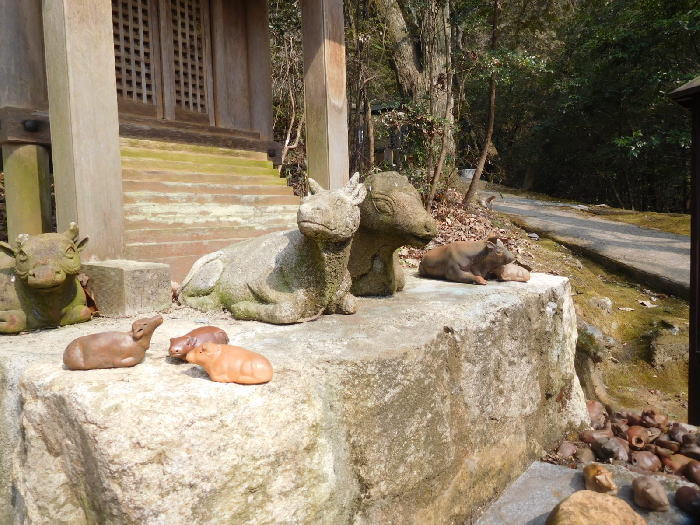 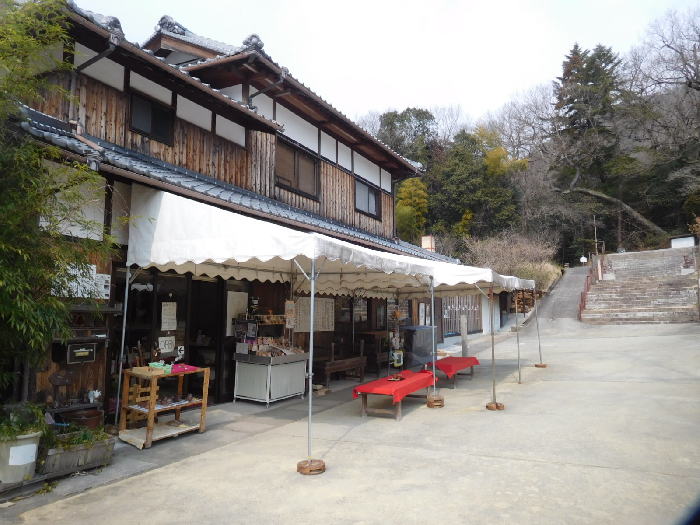 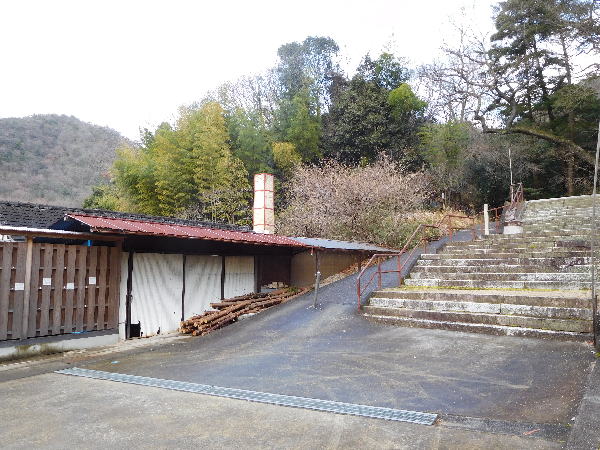 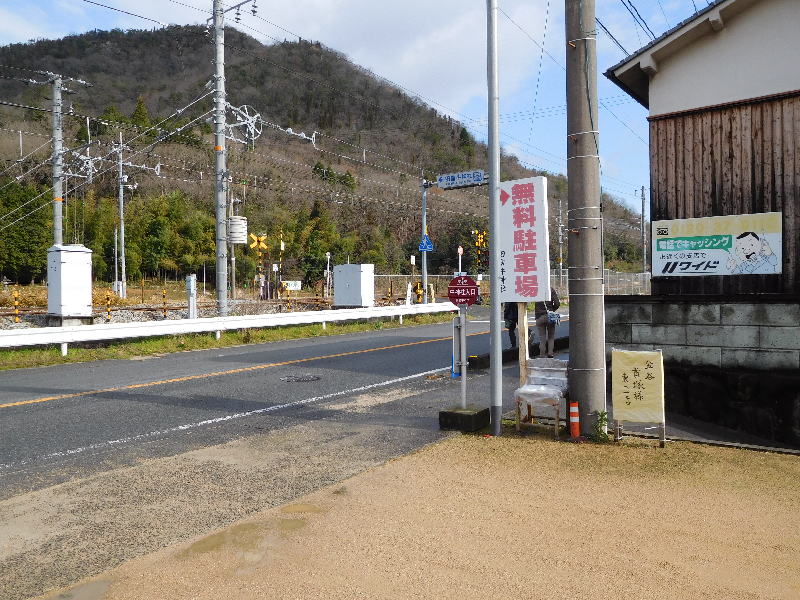